Not long ago, the major players in the desktop processor market raced to be the first to put two, four, and then eight processing cores on a single chip. This processor “arms race” contributed significantly to the advancement of desktop computers and workstations. However, it took a bit of time for the software to catch up and take full advantage of the power that multi-core processors brought to the table. 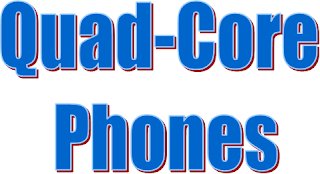 Fast forward a few years, and you have today’s battle for mobile processor supremacy. Major mobile hardware companies are pouring new products into an already deep pool of gadget options. It seems that every major technology conference features some mobile manufacturer showing off their latest batch of processors and phones.

The major advances in mobile technology that will be released to consumers in 2012 are going blow the minds of early adopters. Less than two years after the first dual-core consumer devices were released into the market, we are now seeing a significant lineup of quad-core devices ready to take the world by storm. Though these processors were first featured in some high-end tablets, mobile phones with quad-core processors are already popping up on the radar. Samsung and HTC, in fact, already have such phones on the market.

The world will only truly start to see the effects of quad-core processors when they are paired with another recent technology: 4G internet connectivity. Combine the ability to receive increased amounts of data over a 4G network and the ability to process that data on-the-fly with a powerful processor, and a whole new world will open up to mobile developers and, in turn, mobile users. Think 3D touch screens, the ability to stream higher resolution video and feed it onto larger screens, and incredible gaming power that could very well replace console gaming in the not-so-distant future.

The most significant limitation early on, and later the most significant benefit, will be advances in software that take advantage of the new power given to users. Unfortunately, the software world often takes some time to catch up and fully utilize the hardware advances. Due to software limitations, we may not see truly measurable advances until the second or third-generation of quad-core phones. However, when the time comes and the software catches up, the user experience will improve drastically.

One other impediment to quad-core and 4G glory will be battery life. Single and dual-core processors in the 3G market already frustrate users with batteries that often last less than a day with heavy usage. Combining four cores, power-hungry 4G connectivity, and decent battery life seems like nothing but a pipe dream at the current moment.

Nvidia, one of the primary manufactures of mobile processors, has stated that the company anticipates 30 or more quad-core phones to be released in 2012. The first several releases will probably be stuck with 3G bundles until battery and form-factor limitations can be overcome. Once the technology advances – which it undoubtedly will – expect incredible things form the mobile market in the second half of 2012.

This news piece was provided by VoIP service providers PackNet.