All You Need to Know About The New iPhone 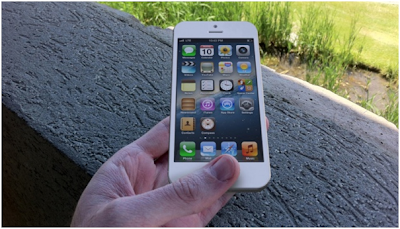 Unless you have been living under a rock somewhere for the past few months, you probably already know at least a little bit about the new iPhone; you might know that it’s due to be unveiled by Apple at a media event they have scheduled for 12th September – so there’s only around 3 weeks to go until its unveiled. You may not of heard, but it’s been suggested that Apple will start offering the new iPhone on pre-order basis the same day they unveil it (as they did with the iPhone 4S), so technically, in as little as 3 weeks, you could be placing a pre-order for the new iPhone!

So what do we know so far about the new iPhone and the changes we’ll see in it? Well, quite a bit actually – thanks to parts being leaked out of Asia. We know that there are changes to the design, the battery, the position of certain elements on the device, the size and location of certain ports on the device are changing, as is much of the hardware. In this post we’ll take a look in a little more detail about a few of the things we know are coming in the new iPhone. 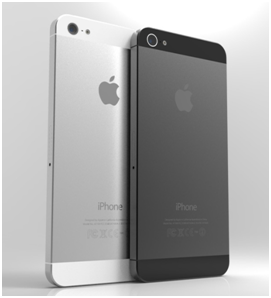 The most notable change of the new iPhone is the way it looks. It’s had a nice design change from the iPhone 4S. The shape is very similar, but the materials used and the size is quite different indeed. The new iPhone has a very attractive looking back-plate cover that looks like some kind of metal. See the picture to the right. The new phone is also said to be around 30% slimmer than the iPhone 4S, and even a fraction taller (making enough room for an extra row of apps on your home screen).

In order to make the new iPhone smaller and make more space inside the device for things like the new and improved battery at the same time, Apple have to find ways to decrease the amount of space that their current objects take up. That’s why Apple has made an even smaller SIM than the micro-SIM, and a new smaller dock connector.

These changes make for a fraction of extra space inside the device, space which Apple will use more efficiently to store things like the new bigger battery.

Lightening quick mobile broadband is said to be coming to the new iPhone, and recently we have been hearing some interesting news that would backup this claim. Everything Everywhere – the new mobile network in the UK which was formed with an alliance between T Mobile and Orange have been given the go ahead to offer LTE 4G speeds as of September 21st… This is the same time the new iPhone will be released – so it would be a very strange coincidence.

It’s clear the new iPhone is going to be the best one yet from Apple. If you look at iOS 6 and the great updates we have coming in that too, it’s going to be one awesome phone – that’s for sure. Quicker, sleeker, slimmer, taller, a bigger screen, super-fast mobile broadband – it’s going to be great.

Just 3 more weeks to wait… What do you think of the new iPhone? Share your comments below!
About Author:
“Nathan Rossiter is a huge Apple enthusiast, with a great passion for the iPhone. He runs a website where you can unlock new iPhone and find all the information you need about the unlocking process.”
Disclaimer: This post is a guest post, The content and images are provided by the author of this article.
Share