IOS 6 Upgrade For iPhones – A Brief Analysis And Report

Mobile application development has re-defined and refined the business prospects and in fact offers tremendous sophistication to the users. The intrusion of mobile apps into the market has completely taken many businesses by surprise. The factors like connectivity, games, internet facilities incorporated in the mobile apps have made it a boon for the businesses as well as individuals. Nowadays, businesses rely heavily on mobile apps as they have the ability to reach out a wide range of audiences worldwide. Well, upon learning the benefits of mobile apps, it becomes essential to find the best one for your business or personal use. As there are numerous mobile apps available in the market released by top-notch companies like Google, Apple, and Windows, identifying the one that best suits your requirement may be a daunting task. This article would give a clear insight over iPhone application development and latest apps released on the year 2012, its merits and demerits. 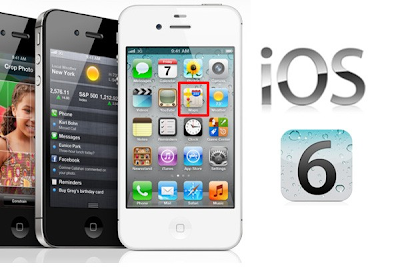 iPhone – IOS 6:IOS 6 with its power-packed and set of new features is the best choice for users that wish to undergo an outstanding mobile experience. Some of the latest upgraded features of the iPhone IOS 6 are listed and discussed below.

Maps: This is the first time iPhone has embedded a Map for its own purpose. The Maps app offers incredible hybrid-view in 3D format with a compelling and lifelike feel. Incorporation of this app completely reduces the onus on the shoulders of users as they don’t have to spend money on third-party apps companies for navigation. But, the flip side is that it hybrid map view sucks a lot of battery life, which is not a good sign.

Siri: It is considered to be one of the hottest features of the iPhone IOS 6. It is a digital assistant built-in iPhones to give prompt response to your questions. It doesn’t matter whether it is booking tickets, setting reminders, or finding a restaurant, this software brings in the exact information that you look out for. But, there is a flip side associated with this feature as well. It works poorly in quieter environments and when one or two words butchered.

Facebook Integration: IOS 5 incorporated Twitter and Facebook integration is added as a new feature to the IOS 6 app. All you have to do is to log on to your account using Settings and start updating your information from the notification tray simply. Even sharing photos using this app has been made extremely simple and effective. In addition, it allows to display the birthday details of your Facebook contacts in your calendar efficiently. But, remember, you cannot store a lot of birthday details, but only a handful of them.

Enhanced Camera Features: IOS 5 had an improved lens feature using which the users can take photographs even in low light. In addition, IOS 6 comes up with a few exciting features like taking horizontal photos by rotating the lens, sharing photos in Shared Photo Streams without any hassles and bustles. But, make sure that you rotate the phone slowly as fast movements bring down the resolution.

Do Not Disturb: Yet another scintillating feature! This feature is listed in the Settings menu. It enables you to silence all your notifications but allows text and calls only from your favorites. The biggest advantage of using it is that you can even schedule when you want it to turned on and off. Even the emergency call setting feature is an exciting one which allows the call when the same person calls more than 2 times.

Passbook: Interesting and mind-blowing feature of IOS 6! This feature is extremely useful for collecting all kinds of boarding passes, store cards, coupons, movie tickets on a central app effectively. But, make sure that your app supports Passbook and not all apps support this feature.

I hope this article would have provided a brief idea about the IOS 6 and its benefits to users. Some of the features discussed in this article are not just everything and in fact IOS 6 has got more than that. Enjoy the limitless benefits and improve your level of sophistication to a great extent on trying the IOS 6 app!