If you have children then it is a certainty that they watch cartoons on a frequent occasion. After all, this is one of most children’s favourite things to do. Cartoons provide fantastic entertainment and they also offer valuable life lessons and key educational steps. There is also a huge selection of entertainment that has been provided as a knock on result of cartoons, such as different games for boys and girls. However there are also some creepy concepts found in a select few cartoons. Whether these were placed in cartoon shows intentionally is another matter. Nevertheless, it is certainly interesting and intriguing to learn what these creepy concepts are. 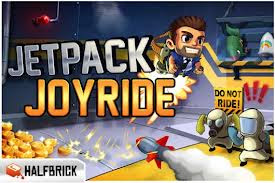 Doug takes using the imagination to the extreme
Doug is a highly popular children’s cartoon show. The cartoon finished production many years ago however it can still be found on television today. If you are unaware of the programme, then the concept revolves around a young boy called ‘Doug’ as he attends a new school after his family move to a new town. However, whilst the show is highly entertaining, if you dig a little bit deeper the concept is certainly freaky. Doug constantly hallucinates and his imagination leads him to believe he is experiencing situations that he is not in reality, for example when he is near a bike rack he believes that he is actually in prison because of the bars. There is such a thing as letting your imagination run wild, but this takes things to the absolute extreme. Can one really believe that this is a good message to young ones?
Dora the Explorer makes it OK to listen to strangers
The structure of Dora the Explorer has gained great appraisal. It is a television show that gets the audience going and thus encourages interaction between children and the programme itself. In fact, so successful is the show that it began in 2000 and is still being produced today. The only problem is that the concept of the cartoon can be considered slightly creepy. After all, Dora is asking complete strangers for advice regarding where she should go next. This should definitely not be replicated in the real world, that’s for sure.
Jem showcases use extreme and unlawful methods to get what you want
Jem is a cartoon show from the 1980s. A lot of children and parents alike love the old school cartoons and Jem was certainly well received when it first hit television screens in 1987. The show lasted three series and whilst it was highly entertaining there are some questionable concepts displayed throughout different programmes. The cartoon revolves around a rock band who is trying to make it in the world of music. However, the methods they use are highly underhand. In fact, one airing shows the band’s manager planning to blow up an orphan centre – if that is not bad, then what is? Throughout the three series of the show over 150 crimes were committed. However, what makes it bad is that not one felony went punished. This doesn’t exactly send across a good message for those who act unlawfully does it?
The three creepy things associated with the cartoons mentioned are certainly surprising to say the least. Next time you watch a cartoon or play any games for boys or girls then you should look out for any hidden and creepy messages associated with them.
Author bio:
“Kerry Harrison is a qualified journalist. She researched different cartoons and games for boys and girls in order to find information for this article.”
Share