9 Do’s for iPhone to Tap the Market

Smart phones and tablets have captivated most of the customers by their different sizes, screens, displays, applications and usability. The phenomenal experience of smart phones is drawing the customers each day, and their demand is soaring day by day. The huge requirement of smart phones by the users, and the hunger of the companies to meet the requirements have become so fierce that the two giants, iPhone and android, are openly competing with each other.

Most of the tech analysts were aware of the competition as the inflow of money is huge, and the future of business is safe and static.
What makes the iPhone a winner?
If this question is asked to a user then, there are variable answers, as users are the best persons to describe the pros and cons for the smart phones. Few qualities on which most of the users have same thought are; the captivating designs, high performance, improved photo quality, easy download of apps, and user friendly applications.
Having all the essential qualities yet the iPhone is facing the competitive whips on their yearly sale. The market of androids is growing fast enough to supersede the iPhones.
To develop better iphones than android, developers have to understand the points, which are lagging in iphones development. 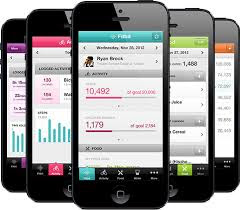 The frequent users of applications on iPhones have noticed that they cannot access to more than one application on their screen. This is because the iOS (operating system) restricts the applications to open in multiple screens. On the other hand the android’s open source nature enables their applications to play with multi-mode features.
Integration problem
Application integration with the operating systems is restricted in iphones due to which the user is unable to run the Gmail, Google voice or Google map applications in user friendly manner. The users have to manually navigate for the features and set them as per their requirements. Android easily integrates with operating systems and gives full access to the users for Google based applications.
Flash Absence
75% of video, games and motion pictures are supported by flash, but iphone does not support the flash application. This means users face a lot more problem while accessing a flash based websites or game. This further lags the iphones behind, as the android based applications support flash to the fullest.
Stingy Menu
The share menu of iphone works differently for various applications i.e, if a user wishes to share his or her pictures through flickr then, the application’s share menu has to be first declared in the menu, else the pictures cannot be shared. Technical challenges like these have made many of the users of iphone switch to other options. Most of them have been noticed to turn towards android, as the android platform provides a universal menu, enabling the users to share anything to anywhere.
No to Widgets
Widget is an application that helps the users to access different services. They are basically used to track weather-updates, birthdays, emails, download music tracks, to do lists and many more things that can be useful to a user. iphones lack widgets on their home screen. If the user wishes to install the widget on the iphones, jail break is the only option.
Lack Innovative Keyboards
The Swift Key and Swype keyboards are becoming famous among the users because of their unique quality. The swift key easily predicts the next word user is going to type by learning their writing pattern in no time, making user a quick responder. While the Swype keyboard is a gesture based enhanced typing tool. The iphone simply rejects both of theses utility based tools, and users can only use the keyboard provided by iphone.
Ambiguous Trackers
Setting are the features that users often wish to have simple and easy to track. In iphones it is hard to track down the setting for few applications such as maps, battery setting etc. The same difficulties occur when the user has to attach the documents to the email. It is hard for them to access the folders and files due to ambiguous browser settings. Andriod gives easy access to documents and attachments to emails, and the users can easily track down the setting for any applications.
Restricted markets
Iphones are expensive and so are there applications. To download and install any applications on iphone, users have to purchase the applications from apple online store only. The freedom of choices is less and fixed prices have made users unhappy. An iphone does not accept any third party applications or software, and if the users try to fiddle with it, they risk the warranty of the device.
Few Customizations
The user who likes customization of the home screen feels gloomy when he uses an iphone. Iphones do not provide enough options to customize their home screen. Adding widget, using animation, providing short cut all such customizations are impossible to make on home screen. On the other hand, Android grants a lot of customization options for the home screen and task menu. A user can even use third party launchers to spice up his home screen with various features.
Quite clearly in comparison to android, there are many DO’s that the iPhone developers have to look upon and implement in-order to tap the market on the global front.
Author Bio:
“Avinash Kumar is an Internet Marketing expert working with ValueCoders, an offshore outsourcing India firm, through where you can hire iphone developers, Android developers, php developers and many more.”
Share