Best Apps For The iPad 4

Downloading apps can be one of the biggest pleasures when investing into a brand new iPad. The iPad 4 has recently been made available, and with its improvements – the high definition display and faster processor – it is something that many people will look into purchasing. Once purchasing, here are some of the apps that the excited customer might be looking to purchase: 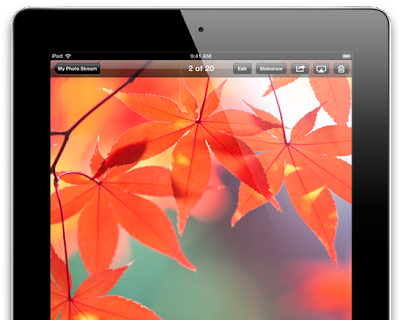 • Caspar Babypants Music Time: This is an app that costs £1.49 and is a great addition to the collection of parents ‘apps for the children’ library. A long car journey or a long afternoon of bad weather will require a number of these apps, as all parents know all too well. This one has the advantage of being musical, and therefore one that is loosely educational. An app such as this might be the most effective way in which to introduce music to a young child. The graphics are instantly appealing to children, and this should be an app to keep them busy – not quiet though – for hours at a time.
• Despicable Me: Minion Rush. No list of recommended apps will be complete without one app that has been born straight from a new film. The two avenues of entertainment – film and app – are now often hand in hand with each other, so that fans of the film can have more access to the characters and narrative they love, and so fans of the app will spend their money to see the film. The combination works. The reviews for this app are few, but they are gleaming in their positivity so far. Reviews are always a great measure of how good an app is. If the app is no good then it won’t take long to realize this after reading a few reviews.
• Avengers Alliance: This began its life as a Marvel Facebook game, which has quite humble roots for a game such as this. There are no fewer than twenty eight familiar Marvel heroes and over sixty missions to complete. There is a promise of an update in the near future that will incorporate the feature to play player against player. A good plan would be to download this free app as soon as possible and learn the necessary skills to beat one’s friends when the option becomes a reality.
• Pinball Rocks HD: The attention to detail in this graphically full game is what elevates it above other pinball games that might be available. The publisher of this game is the record label giant, Sony Music, which is an interesting change to the usual games pub-lisher that publish apps. This game costs only £1.99 for a branded table and the record label have managed to make the price to pay more than worth the product. It is a game full of what anyone would expect and want from a pinball game, but it also has the added appeal of a great soundtrack, or at least a great soundtrack if one happens to enjoy the music of Slayer, Alice in Chains, Bullet for My Valentine and AC/DC.
Author Bio:
“Ted Garza is a professional teacher. He has worked at kindergartens in USA and abroad for most of his professional life. In his free time he likes to write texts and articles on the topics of technology and also its implementation in everyday life for different websites (for example for iPad). He is al-ways excited to share and comment his views on modernity with other people interested in such discussions.”
Share