How to Protect Your Child’s Online Reputation

It’s hard for your kids to look a few days in the future, let alone years. They aren’t thinking about those party pictures they are posting on Facebook and how it could affect their job prospects in a decade. Unfortunately, the internet is unforgiving. Pictures, statuses and things they say or do now can very well be accessed in the future. It’s now out there for the world to see. Educating your teenagers on the importance of protecting their reputation online should be something you do sooner than later. Make sure that they understand that things they do at a party or with friends can very well surface when they are applying for a job or have children. Also, sending intimate photos (or even taking them) is something you should caution them about. Just because they are in a relationship with someone, doesn’t mean that special someone won’t forward to their friends. Or even worse, when they break up who is keeping them from sharing the photo with others? 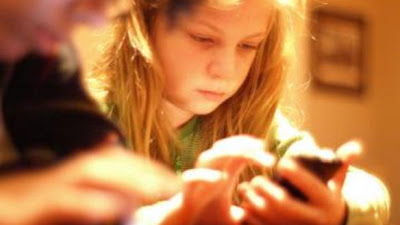 Most of us didn’t have to worry about those awkward teen years being broadcast for the world to see. They were usually frozen in time in a yearbook or a shoebox full of polaroids. We didn’t have to worry about employer’s finding them when making a hiring decision. We also didn’t have to worry about colleges looking at these pictures when making a decision on whether or not to accept your application. Today’s kids have the unique problem of being out there for the world to see and having that information there indefinitely.
So how can you make sure your child isn’t putting anything out there that they shouldn’t? You may want to monitor their internet usage. By using an android spy app, you can spot unsavory behavior when it begins instead of when it’s too late and your child’s reputation is already ruined.
As a parent, making sure that your child understands the importance of safe cell phone use and protecting their reputation can ensure that there will be nothing inappropriate on the internet about them. You never know if your child will be the next president or a public figure who’s past will come back to haunt them. There are many celebrities and politicians now who have had things they said or did come back to hit them in the face. In recent news, Paula Deen has come under fire for words she said over two decades ago.
Just like we teach younger children to watch what they say, we still need to reinforce that as our children head to adulthood. Respecting themselves is the first step to getting respect from others. For young girls, sending private pictures of themselves can be a sign of low self-esteem. Making sure that your children have good self-esteem is an important part of the equation. The other part is teaching them good judgment when it comes to what they post for the world to see.
Someday your children will have children of their own or high powered careers and you wouldn’t want them to regret something that happened when they were younger. Check into your kid’s internet usage and social media accounts and make sure they are projecting the image that the world should see. They will thank you twenty years from now!
Author Bio:
“Jamie Kato is a mother and mentor to underprivileged girls. She teaches self-esteem workshops for teen girls age 14-18. She also contributes her expertise at Mobile Spy, an Android spy app that helps parents keep tabs of their internet and phone usage.”
Share