With the advent of technology, web development and web design becomes a necessity for companies and entrepreneurs and even for some individuals who long to put up their own website. There a lot of tools available on the net that will help you do your task efficiently ranging from your needs on color, typography, design, coding and even having an extended hard drive! 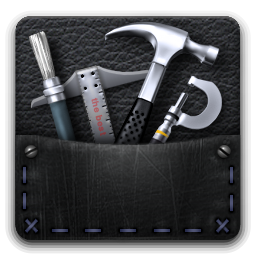 Of the possible thousands of tools, seven of them are what a web designer or developer may use in his or her work. They say 7 is the lucky number and these seven might just bring you luck.
Dreamweaver:
Developed Adobe Systems, this tool gives the person the user a one-stop-shop feel as he navigates through the application. A user may type in his code with supporting features that will check his codes like code highlighting, search for terms etc. It also has file transfer and synchronization features which allow the users to manage their code before, during and after uploading to the web.
Photoshop, Indesign:
Adobe has been providing all these wonderful tools for designing a web page and they are also the most prominent ones in that area. Nothing beats a customized and original logo and web background. Ideas come to life with the features given by these Adobe applications.
Firefox 18:
Firefox has been busy in updating their tools, and developers might also benefit with it. With features like FTP, Web Console and Java Scratchpad, this application is surely a great help.
Adobe Kuler:
Kuler allows the user to mix colors and create for them color schemes which can also be used for later projects. A user can also capture an image and allow Kuler to detect which five colors are standing out in the picture. In this way colors on the web become consistent and aligned to your branding.
Icon Finder:
With the limited fonts available in some applications, there can be a lot of choices to choose from over the net. This search engine offers a variety of font styles that can suit every need of the designer. Never neglect the impact of a font style to your viewers.
Foundation by Zurb:
Zurb brags about it as the most advanced responsive front-end framework in the world. With the new features such as the capacity to build for smaller devices and also the improvement on their processing of codes, this app is a must-try for every developer.
Sublime Text 2:
Okay, let’s admit it; some developers just want their coding environment simple but efficient at the same time. Sublime Text gives the developer a minimalist environment where he or she can actually focus on coding and not worry about accidentally crashing other parts of the program. The ability to accept a number of languages like C++ and Clojure also becomes an edge of this app.
In the end, it would depend on the user’s feel and preferences that will determine which type of app he or she will utilize in his or her project. Nothing beats the convenience and comfort you have while taking on the adventure of web development and design.

Author Bio:
Goran Stankovic is working with Web24. A leading web hosting and dedicated server hosting provider in Australia. He loves to write about technology.