Tablets have become surprisingly popular gaming platforms ever since the iPad enlivened this computational form factor in 2010. 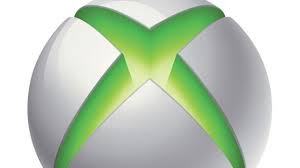 However, it is difficult to argue that current generation tablets offer a comparable experience to consoles like the Xbox 360 because, in spite of technical improvements, they still lack the graphical grunt to keep pace with a dedicated gaming machine.
With the next generation of tablets, led by the iPad 5 and Google’s new Nexus device, just around the corner, will these upstarts be able to compete with and even exceed the gaming prowess of current consoles?
Console Comparisons
Since you can get cash for your unwanted Xbox 360 online, you might be thinking about ditching it and adopting a tablet to keep you entertained.
On a technical level, the next-gen tablets that are likely to be on sale by the end of the year or early in 2014 should equal or surpass the Xbox 360, which is unsurprising given that this console originally arrived in 2005.
In fact, the current iPad 4 has twice as much RAM as the 360 whilst its quad core PowerVR graphics chip is an impressive piece of hardware that can, if properly optimised, outdo the 500MHz GPU of its console rival.
The iPad also benefits from being able to output at a significantly higher resolution than the 360, with its Retina Display maxing out at 2048×1536, which is more than the 1920×1080 that console gamers can manage at the moment.
The consoles take the cake when it comes to built-in storage, with up to 320GB of space available on certain models, compared to the 64GB maximum on the iPad 4.
As Apple is not likely to embrace expandable storage in the next generation, tablets will still trail behind. This means installing larger games, which is necessary if you want the kind of graphical experience that matches consoles, will be harder to manage.
Controller Issues
Whilst the Xbox 360 uses a physical control pad, as well as having the Kinect camera peripheral for motion-based interactivity, most tablets rely solely on touchscreen interfaces, blended with some internal accelerometers and gyroscopes to detect when the device is being moved.
This difference in input is not as significant as it first appears, because Bluetooth connectivity and third party apps can be used to allow gamers to play on a tablet with a physical controller if they wish.
Software Support
The one thing that makes the retention of a home console rather sensible is the fact that game developers have yet to embrace the idea of porting triple-A titles to tablets. This is based not just on the hardware limitations, which are increasingly irrelevant, but on the idea that tablet owners are used to paying less than £1 for games, not more than £50 as is common in the console market.
If the next-gen tablets that are on the horizon mix things up and make it easier for console games to arrive, things could change.
Getting rid of an Xbox 360 might be worthwhile, whether or not you then adopt a tablet, because the new Xbox One and PlayStation 4 will be landing this autumn.
Share