Samsung has been the leader of the phablet game for a while now with the Note series and they recently came up with the latest version of the Note device called the Note 3. It packs in a really powerful hardware with an improved design and 5.7 inch display. On the other hand the Xperia Z1 is Sony’s device running an equally capable hardware and 5 inch display. It is waterproof and dustproof & packs in a really powerful camera. 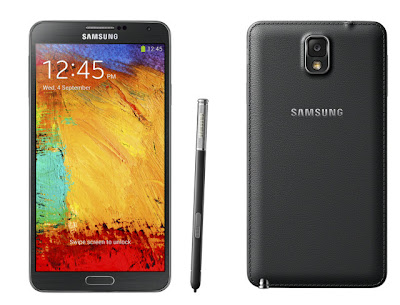 Both the devices would be priced close with the Xperia being a bit cheaper. The fact that these devices will compete against each other is inevitable and we put them both against each other to determine which one is a better pick. Is it the sleek Xperia Z1 with its superb camera or the Note 3 with the advanced S pen feature? 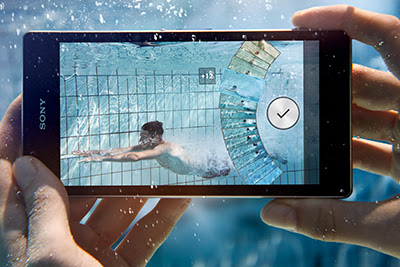 Design
The Xperia Z1 is a sleek device and looks a lot like the younger sibling, Xperia Z. It has got a neat design and gets a nice looking aluminum stripe around it to complement its looks. It gets the aluminum power button on side like few other Sony devices which looks nice. The build is good and absolutely what you would expect on a flagship device. The device can be held in one hand without much trouble though operating it would be a bit tough this way.
The Samsung on other hand has got the typical Samsung look up front. You can tell right away that it is a Samsung. However this time they have decided to make things a bit better for the consumers. The back is not done in glossy plastic this time. Instead they have put some faux leather there with fake stitching to make it look like a premium wallet. It surely looks premium and much better than the previous generations of Note devices or any other Samsung device. The device is huge as the display size is 5.7 inches and one handed operation is strictly out of question.
It is tough to pick between the two as Samsung has worked on the new Note to make it look premium. However Sony is still tough one to beat and we would choose the design of Z1 over Note3.
Display
For a phablet, this is the primary selling point. Both the devices have got full HD displays and thus the Xperia Z1 has got better pixel density because of lower size. Though after crossing a level, the slight difference in display densities won’t make a difference. What would make a difference though is the display technology. The Xperia Z1 has got a superb 5 inch display and claims of all the jargons seen on Sony TV sets. The display replicates colours very well and is very crisp. High definition videos look stunning on the display with mobile Bravia engine.
The display on Note 3 however is a full HD AMOLED display measuring 5.7 inch display. It is just amazing and no matter how good the display on Z1 is, it just mocks and humiliates it with ease. The contrast ratios are superb and the colours are saturated. No matter how much different technologies work to improve the display on Z1, they are no match for the superb display on Note 3. This might be one of the best displays we have ever seen. Even after trying too hard, the Xperia Z1 fails to win this and the Note 3 surely has a better display.
Hardware
The Sony Xperia Z1 runs a Qualcomm Snapdragon 800 chipset with a 2.2 GHz quad core processor. The GPU is Adreno 330 and has got 2 GB of RAM. It can handle almost anything you can throw at it. The 4G version of Note 3 will have the same hardware with 3 GB of RAM while the version that will come to the Indian market will run the Exynos chipset as seen on the Galaxy S4 with the twin quad core processors.
The Exynos chipset is very powerful and coupled with 3 GB of RAM, it will simply blow the competition out. Not that the hardware of Xperia Z1 is any slouch. It is a great hardware and will run anything without any hiccup. It is just that the Note 3 is considerably better than the hardware on Xperia. Here the clear winner is Samsung Galaxy Note 3 with its insanely powerful hardware.
Interface/ Software
While the Xperia Z1 runs android 4.2.2 with the usual Sony customizations. The Note runs android Jelly Bean 4.3 but the story doesn’t end here. They have heavily modifies the android OS to add some features you would see only on Note. Also they have improved the possibilities of multitasking on this version. Small apps can simple jump out from a small bar like the chat heads on Facebook messenger. You can also run multiple apps on the same screen or have multiple instances of the same application. The S pen also adds a lot of features and can be used on a larger number of applications now as compared to the previous versions.
The Xperia Z1 adds a lot of features to the stock UI. The camera app on this device gets the prime focus apart from the launcher and other customizations. The interface is good and most people will love it. But it comes nowhere close to the interface you get on the Note 3 and the possibilities it has to offer.
Verdict
Both the devices have got their strong points. While the Xperia Z1 can talk out loud about the sleek waterproof design and the high end camera, the Note 3 has got a lot more to talk about. It could be the hardware, superb display, advanced multitasking or the improved S pen. Our compare yields the Note 3 as a better device if you are looking to pick something among these two. It will be priced a bit over the Xperia but it would be worth every penny spent.
Share