Two new iPhones, a fresh Apple TV update and iOS 7 have just been launched on the market, so we should totally check the AirPlay capacities of iOS. This will be pretty interesting for those who own the brand-new iPhone 5s, since they now have the chance to enjoy their favorite games on the big screen by making the most of the fast A7 SoC. 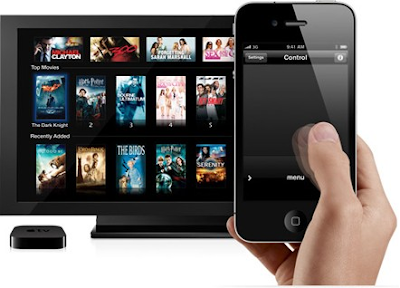 The iPhone 5s features a 64-bit A7 processor that includes quad-core GPU and is able to handle even the most challenging iOS games. Combined with Airplay and the Apple TV, the system provides users with a fascinating gaming experience by streaming the game from a pretty small 4-inch iPhone screen to a huge HDTV. Therefore, many developers performed several compatibility and optimization updates so that their AirPlay-compatible games can be successfully enjoyed by iPhone 5s owners.

Also Read: 5 Free Best Game Apps On Itunes That Will Keep You Engaged

This is definitely one of the greatest flight combat simulations offered by the App Store and its astonishing graphics, tight controls and online multiplayer options make it an attractive choice. What’s more, the events that took place during World War II served as a source of inspiration for the campaign missions and maps featured by the game, which means that you’ll feel like being on a real battlefield. The online multiplayer options comprise both cooperative and dogfight gameplay, and note that its famous developer – Atypical Games – enhanced the graphics and effects so that those who stream the game from their iPhone 5s to an HDTV can live a fascinating experience.

Also Read: 5 Free Mobile Games That Will Keep You Engaged For Hours

This title includes a wide list of no less than 60 drivable vehicles that you can race on 15 distinct tracks. Each car has a unique style and hazards, and you can choose from models like Aston Martin, DeLorean and Ferrari. Besides, every ride features individual driving characteristics and the best thing is that you will face no difficulties in mastering the controls. Online play is available for up to five buddies, whereas a matchmaking system will pit players against random rivals.

Also Read: Why Is It Essential to Create Advanced Gaming Apps For iPad?

Real Racing 3 is designed by the well-known gaming giant EA and it is considered to be a driving simulation. The gameplay is really exhilarating and you have to pay a lot of attention to every single move you make if you don’t want to screw up your entire game. Aficionados of the franchise will be familiar with the setup, since the physics engine hasn’t gone through significant changes.

Apart from the detailed models, races also comprise 22-car grids that will provide a more authentic experience. Players can participate in more than 100 different events and the Mint 3 graphics engine enables dynamic reflections, useful rear-view mirrors, and persistent crash damage and so on, to generate a vibrant environment that you’ll be able to delight in on your HDTV.

Also Read: 5 Best Racing Games to Play on Your Tablets

This game is a first-person shooter launched some time ago, but that’s still one of the best titles that belong to this category. Through the third part, Game loft introduces the story of Kal Wardin, who has to combat a myriad of obstacles in order to save mankind. Multiplayer options are available, with no less than 12-player fights that can be enjoyed in seven game modes.

Developers keep updating their apps so that they can be compatible with iOS7, despite the fact that many haven’t put the AirPlay protocol into practice yet. This will most likely change soon, since the Apple TV market share continues to increase thanks to the company’s constant introduction of attractive characteristics for its set-top streamer.

Author Bio:
“The article is written by a frequent writer and blogger Jason Phillips. He is an ordinary guy as others, but with extraordinary passion for technology and video games. He loves to play latest games at Aeroplane Games 365 whenever he gets time.”