‘Free Apps’ are Trending, But Paid Apps are still not dead 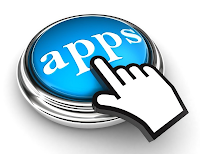 Have you heard this? Do you think that paid iPhone apps are dead now? This rumor has taken the whole world of iPhone app development community by storm. There are a myriad of games and other apps that are available for free download in the app stores, which is considered a prime reason for the decrease in downloading of the paid apps.
The publishers of free iPhone apps use their apps for marketing or client-base expansion purpose.  When the top experts of the mobile apps industry scanned the charts based on the most recent statistics, the claim turns out to be true that the trend of free apps is surging at a rapid pace, delivering a major blow to the paid apps.
In order to survive and grow in a market where paid apps are seeing hard times, iPhone application developers of paid apps have squeezed out their profits. Though it is a fact that apps are moving toward the ‘Free’ trend, that’s not the entire picture when you look at many blogs and articles online. There still exist some areas where the paid iPhone apps work better than their free competitors, at least for the near future. 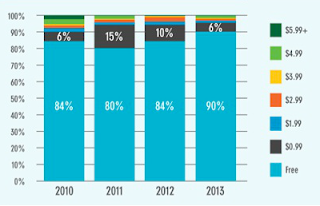 The huge transformation in the mobile apps industry is on its way.

If you look into the above statistical report that showcases the analytics results of the proportion of free apps in the mobile app stores between 2010 and 2013 as published by TechCrunch, it clearly shows that the demand for free apps has risen by 4% from 2010 to 2012, but in the first quarter of 2013, it shows a rise of 6% compared to earlier year. And the loss of 6% paid apps accounts for the fall of 99 cents price point.
The above report proves the claim that in July 2013 people are more inclined to free apps, rather than buying apps to avoid ads and ensure good user experience. According to Mary Ellen Gordon, the director of Flurry, they too have watched the shift to ‘Free’ trend in last few months of the present years.
“Based on the trends, I would guess that by next year the (weighted) percentage of apps that are free will be somewhere between 91% and 93% — greater than it is now, but not 100% because there will probably always be certain specialized apps that are able to charge for downloads.”, added Ellen in her conversation with TechCrunch.
What are the areas where paid apps are still alive? 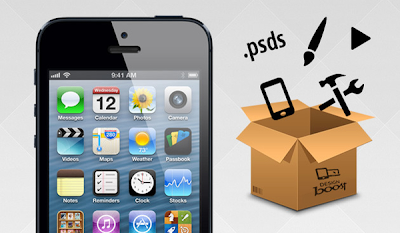 According to Distimo, an app analysis company, they leveraged the power of big data and their best researchers’ team to find out that there are certain categories in which paid apps are still doing good enough – Productivity, Navigation, Lifestyle, Catalogs, Photo & Video, Travel, Healthcare & Fitness, Medical, Business and Weather are the top categories where paid apps are still developed and used to boost the business revenues.
“John is a tech-savvy individual obsessed with latest mobile gizmos. He is a technology writer and he has researched a lot about iPhone apps development Denver as a part of his work assignment.”
Share