Features and 10 Best apps for Samsung Galaxy Round

Samsung Galaxy Round is now unveiled and has disclosed its much speculated curved OLED display. First launched  on SK Telecom in South Korea, this Samsung Smartphone, which is announced as being the world’s first curved display bearing Smartphone, does not have a proper flexible display, rather it has a fixed curvature. However, Samsung claims that this curvature makes it easier for the users to control their apps, photos and music. 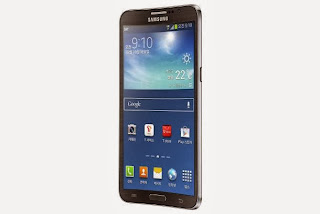 Features
The Samsung Galaxy Round is a chic Smartphone with a 5.7 inch 1080p display, same as in Galaxy Note 3, but with a curvature on the vertical axis like they have in a few Samsung’s OLED TVs. Moreover, Samsung is boasting of its phone’s exclusive round features as the “Round Interaction”. This feature, according to Samsung, will allow the users to peek at information such as missed calls, battery life, and time and date when the phone is kept on a flat surface, even with screen off. It also provides new way of interaction for music and photo apps by tilting and tapping.  Switching between home screens will be quite smooth.
Interesting spec sheet of Samsung Galaxy Round
Apart from its exclusive round screen feature, the Smartphone has other interesting features too. The device is 7.9mm thick and weighs 154g. It runs on Android 4.3 OS powered by a 2.3GHz quad-core processor atop with 3GB RAM, 32GB internal storage that can be extended up to 64GB. Launched in “Luxury Brown” color, the phone looks awesome in its real avatar. The phone boasts of a 13 megapixel, a 2.0 megapixel secondary camera, Bluetooth v4.0, Wi-Fi, USB v3.0, NFC, LTE-A and a 2800mAh battery.
The Samsung Galaxy Round price is around $1000.  The key features of this phone due to its round integration include Roll Effect to check information about date, time, missed calls etc. and Gravity effect   for having visual interaction when tilting the phone. In addition, side mirror feature allows users to use list of album content with a left and right tilt.
10 Best Apps for Samsung Galaxy Round
Samsung galaxy round resembles Samsung’s very own Note 3 and 4.  There are several apps that can augment the user experience. However, choosing apps is up to your discretion. Still, you can have a ready list of apps that can  make  selection easier for you.
Evernote
Evernote is among the most used apps for Android phones. This app provides you all the features to take notes, organize them and share them with other users.
Papyrus
Much simpler than Samsung’s S Note but with pressure sensitivity of S Pen, Papyrus offers easy and free-form style note taking app.
Splashtop Remote Desktop HD
When you are on go and need an important file on your computer, this app can help you out. Splashtop Remote Desktop HD is a really useful app as it helps you access your computer files on your android device that is your Samsung Galaxy Round.
Dolphin Browser
Dolphin Browser allows you to use voice to search the Internet, save bookmarks and share your favorite websites.
AccuWeather
The new AccuWeather app for Androids offers a rich user experience as it give severe weather alerts; customize My AccuWeather to have lifestyle forecasts like Outdoor fitness etc.
Pixlr Express
Created by Autodesk Inc., Pixlr Express is a photo editing app to give 600 effects and overlays.
Flipboard
A valuable app for news updates and it supports AirView and Air Gestures.
Pulse News app
Similar to Flipboard, Pulse News app allows you to get latest news   from news sources. It can be customized.
Nova Launcher
Created by TeslaCoil software, Nova Launcher is a home screen replacement app that gives closer Google Android experience.
TrueCaller
Truecaller is the largest collaborative phone directory in the world.
Drawing Pad
Drawing Pad is a drawing app for amateurs and professioanls as well.

“Raadha Sharma is an experienced copy writer who has experience in writing online mobile shopping articles like Samsung, nokia, HTC, Apple and many more. She also shares knowledge on latest gadgets and home appliances.”