How Much Will iPhone 5C And iPhone 5S Affect Console Gaming?

Last November, the famous mobile analytics company known as Flurry unveiled data illustrating the development of Android and iOS gaming throughout the last few years. According to them, in 2009 the two giants owned a decent 19% of the U.S. mobile market. You might say that this is small percentage, but the truth is that it was pretty powerful. As a result, in 2011, Android and iOS managed to possess no less than 58% of the market. On the other hand, Nintendo’s DS had only 36% of the market, whereas the PSP captured no more than 6%. Of course, this doesn’t mean that Nintendo and Sony are going down the drain, but its persuasive evidence that a major change is about to take place. 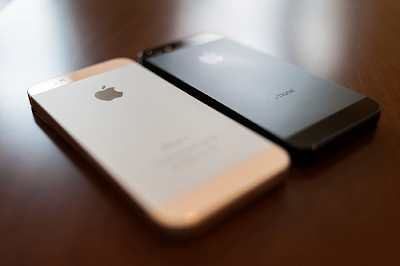 Can iPhones become the new gaming consoles?
Most smartphone manufacturers are doing their best to launch a phone that is able to screen console quality graphics. While it’s true that Android and iPhone smartphones are pretty great when it comes to 2D games, this doesn’t apply to 3D gaming. Results expectations for titles such as Infinity Blade have turned out being Dreamcast level at the most. The good news is that Apple intends to change that with the help of the iPhone 5C and iPhone 5S.
For example, the A6 chip (incorporated in iPhone 5), which is newer than the A5X chip featured by the Retina iPad, enables the iPhone to do things two times faster and ensures premium performance when it comes to graphics and CPU than its precursor. To demonstrate their commitment to creating console quality games, the company asked Rob Murray, who is Executive Producer at EA studios, to brag about the amazing capacities of the new A6 chip. The game he talked about is known as Real Racing 3 and according to him; it features full console quality graphics. What’s more, this title is the first mobile racing game that includes full shader support, as well as rear view mirrors.
Can Apple iPhone 5C and 5S replace famous game consoles?
As far as the mobile gaming scene is concerned, people seem to think that Apple is becoming a powerful competitor. Its main opponent is the Tegra 3 chip of Nvidia. Still, due to the fact that Tegra 3 features a narrow availability when it comes to mobile devices, Apple will probably continue to offer the better looking games. As a result, Nvidia should definitely force mobile manufactures to begin using the Tegra 3 so that they can outshine Apple.
Voices argue that the Apple Company doesn’t truly understand the concept of “console quality”. And specialists can’t say for sure whether or not the iPhone 5C or iPhone 5S will help Apple achieve its goals. For instance, the iPhone 5 is considered to be a poor input gadget when it comes to console-style games. So have they really managed to solve this problem with the help of their most recent devices? You can have a great time playing Grand Theft Auto on the iPad or iPhone, but you’ll definitely live a memorable experience enjoying the game on a console with a gamepad. Have you tried to play Dead Space or Command & Conquer Red Alert on your lovely iPhone? If your answer’s yes, then you’re familiar with that awful feeling you get because your thumbs blot out half the screen.
No one says that tablets and Smartphones are horrible game devices. As a matter of fact, they can be pretty great sometimes. But will they ever replace consoles? I don’t think so. Still, experts say that this might be possible if the market changes drastically and core gaming fades away- but since core gaming surpasses all other market segments when it comes to revenue, this seems unlikely – or if Apple manages to handle its iDevice input dilemma and offers us more than a simple glass screen on which we can tap.

“Jason Phillips wrote this article. He writes on behalf of an online gaming site Train Games 365 where you can play a range of Train Games. Moreover he has been an avid gamer all his life and loves to play video games online.”