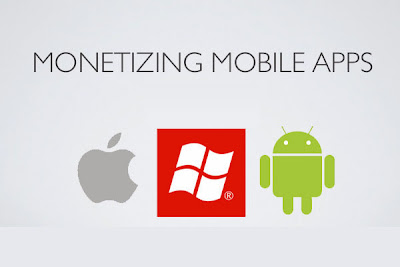 If you are an app developer wondering how to effectively monetize your mobile app, this article could be an eye opener to you. Although most app developers feel that paid apps are dead, the recent researches from authentic sources show that there has been a considerable increase in income from paid apps at both Apple and Google’s app stores. A further analysis into the facts reveal that developers using the freemium model are the ones gaining much from app stores.
Different models of app monetization
A few popular models used for generating income from mobile apps include onetime paid apps, paid apps with an additional fee for special features, free apps with advertisements, and free apps that can be upgraded for paid services. Earlier both onetime paid apps and paid apps with subscription were doing great at the app stores. Currently app stores are experiencing a dramatic change in the behavioral patterns of customers, which resulted in slowdown of paid apps.
Smart apps for smart customers
Consumers have become quality conscious and prefer to try the app before investing in it. They would rather opt for a free app with limited features than pay for one with special features that they haven’t tried yet. This is one of the major reasons for the slowdown in paid app sales at app stores. However, as claimed by many app developers paid apps aren’t dead in app stores, they just got smarter. Smart app developers, today, offer their high quality mobile apps free of cost and also let the potential customers use them as long as they want without having to shell out a dime.
Freemium model of monetization
Although consumers can download the mobile app and use it for free, they will have to pay to use some of the special features or subscribe if they need additional content, via in-app purchases. This indeed is a smart move by the app developers. Since customers try the app and judge the quality of services, they do not hesitate to spend on the app to access special features and additional content.
Income from advertisements
Top quality free mobile apps have become the best source of generating passive income in the app stores. While smart mobile device users can use all of the features in the app free of cost, the publicity-thirsty companies are ready to shell out any amount to place their ads in the free apps that have good rating, downloads, at the app stores.
Conclusion
App monetization has become smarter and riding with the trends of mobile device users can be highly beneficial for app developers. Adhering to conventional ways would only make things worse. App developers should update themselves with the latest consumer trends and provide what consumers expect to generate decent income from their mobile apps.

“Daniel Jackson, a technical writer at Orange949, is the contributor of this article. Orange949’s Tampa iPhone app developers have gained much popularity in the mobile app development arena.”