4 PHP Tips You Probably are Not Used to Trying

PHP, though highly revered in the programming universe, comes with a barrage of perplexities. If you plan to code in PHP, there are certain tips and tricks you must be familiar with, in order to make sure you don’t pour out of workplace all exhausted and fried. Read on to know about them:

Remove ambiguity of content and command:
For the fact that HTML and XML are markup languages, a developer can get muddled up between content and code-commands. As apparent, this confusion can lead to major errors and discrepancies.  To avert such a scenario, while writing a PHP that would eventually create an HTML code, make certain to use the “escaping” process. Once this process is called, the risk of taking content for command diminishes.
Be careful with the input:
Your script might be carrying out different process, at times simultaneously (like URL parsing, or checking the file inputted), what you need to avoid at your end that the code is not accepting some arbitrary input. If left unchecked, this may cause major discrepancies, as it is a threat to the data security. Not just your server and your confidential files, but also the users are under the threat of being intercepted
Bypass the chemistry between PHP and databases:
There has been some dynamism add to the way PHP interacts with the database. Ironically, this dynamism has almost everything wrong with it. That doesn’t affect PHP ratings as such, but due to the fact that it can’t communicate effectively with the database, you *must* make yourself an expert at using PDO. PDP is a highly resourceful way that anchors the queries that are defined by specific parameters. What this would do is that it will increase the security of your data manifolds. More importantly, for most if not for all, it will save you a lot of time and unnecessary scratching of brains. If you wish to speed up things a little more, you always have an option of using Doctrine DBAL. This tool goes a long way in ensuring your code executes at a higher speed.
Use namespaces:
To begin with, listen to your well wishers, particularly if they have been trying to coax into using PHP 5.3 or newer. If you have decided otherwise, all the very best, a tough road lies ahead. And if you are more than willing to try the new versions out, you will be able to use Namespaces. It is a
wonderful feature that lets you remove the clutter from your code. Furthermore, the code you are using is safe, and it can efficiently be re-used, as when you decide to do so. That’s not all, you are also given the luxury of using the Composer package manager and autoloader. What do they do? Well, they will reduce your load of writing codes for anything and everything but finding third party codes for you. 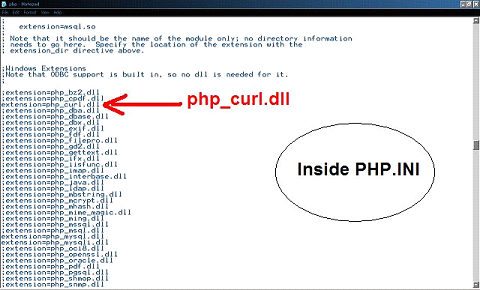 The usage file_get_contents() on a URL has made people complacent, and not altogether for wrong reasons. However, there is a catch to it, rather more than just a catch. To begin with, you don’t avail the facility of HTTP caching. The effectiveness with which you could handle bugs is greatly reduced. And, for the fact that user agent is not appropriately defined, your code may not garner good reputation on the web. Thus, use functions like PHP cURL that will hold you in good stead in the long term.

Being a good developer means you keep experimenting. That’s the only means to keep yourself abreast with everything that a programming language has to offer.
Share