5 Promising Mobile Apps to Focus on During 2014

Facebook’s reach outside of social media is increasing. The news about the social networking mogul acquiring Oculus Rift last month is one of the more prominent examples of this. More or less, Facebook has integrated itself into the gaming market but it seems like Facebook is about to take a crack at the fitness realm as well.

Enter Moves, a motion tracking app that is available through for both Android devices and iPhones. Recently, Facebook made the announcement that it had purchased Moves and that its team would work with Facebook’s in order to improve upon the app in question. According to the Wall Street Journal, since its launch this past January, Moves has been downloaded more than four million times across various mobile devices.

Including Moves, here are 5 promising mobile apps to focus on during 2014. 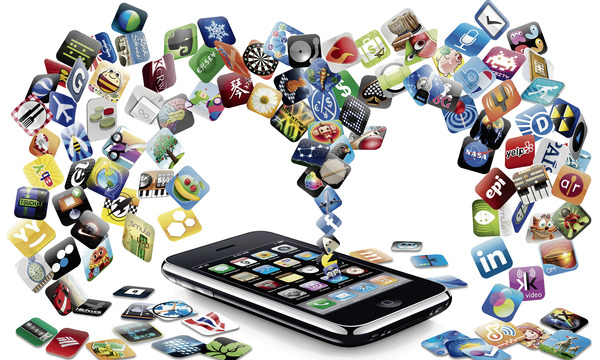 When it launched in January, Moves started to see a tremendous amount of traction and it’s easy to see why. The idea of having a pedometer on your phone is an appealing one but Moves takes this another step further. It is able to not only track how many miles you have cycled or traveled on-foot but break it up by the locations you’ve stopped at. For example, if you walked ten miles to the coffee shop, spent an hour there, and then left to walk another five miles, the app would be able to accurately detail it. Any online marketing firm can see why this app has a bright outlook for this year.

Do you want to instant message people without having to use up your cellular data? WhatsApp is designed for not only text messaging and photo sharing but there is an emphasis on voice functionality as well. Given the fact that WhatsApp recently totaled 500 million active users, it’s not terribly surprising that Facebook acquired the service only a couple of months ago. With this statistic continually rising under the ownership of the social networking giant in question, WhatsApp has the potential to make 2014 its year.

Admittedly, I was hesitant to assume that any mobile game could reach anything more than cult status after Flappy Bird arrived last year and fizzled out earlier this year. This year, though, 2048 seems to be the dark horse to look out for in a sea of mobile gaming apps. Unlike Flappy Bird, which largely consists of tapping a screen in time, 2048 requires players to put their mathematical prowess to the test. This sliding block puzzle tasks players with putting numbers together that add up to – you guessed it – 2048. As one can imagine, it’s more challenging than it sounds. With its simplistic yet addicting approach, 2048 and 2014 may go hand in hand.

Ever since World Wrestling Entertainment released its own mobile app back in 2012, it’s been heavily promoted. Since it is a comparatively older app, though, you may wonder why 2014 may be its biggest year. The answer is simple: the WWE Network. When WWE’s streaming service was launched this past February, the company stated that the on-demand content could be accessed on a number of platforms, iPhone and Android devices included, provided the WWE App was installed for viewing. A key point to note is that the WWE Network, as of this writing, is not available outside of the United States. However, by late 2014, it’s safe to say that other areas of the world will turn to the WWE App as well.

This one is fairly obvious but it’s hard to deny that Facebook has been doing more as far as its mobile efforts are concerned. In 2013, the Facebook app averaged 86.1 million monthly users, which is impressive to put it mildly. The fact that Facebook was able to trump other popular apps during that year – YouTube and Pandora Radio included – speaks volumes about the success it has seen. Of course, no company can rest on its laurels. Any social media specialist should be confident in saying that 2014 will be far from a dismal year for this global entity.