3 Takeaways from the Success of Mario Kart 8

Sometimes it’s not easy being a Nintendo fan and it’s even harder being a Wii U owner. Between the countless news stories about the system’s lackluster success and the various claims that Nintendo should become a third-party developer not unlike former competitor Sega, it’s easy to lose confidence in the brand that gave birth to one of video game’s most iconic characters in Mario. 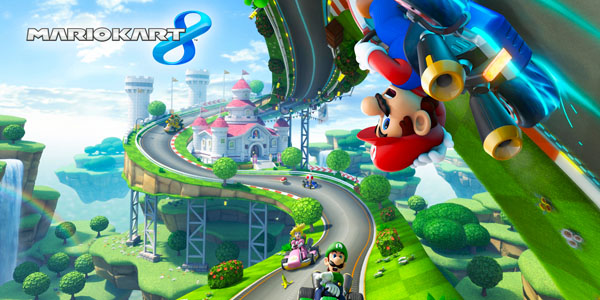 If “Mario Kart 8” is any indication, though, it seems like there are many reasons to stay optimistic about Nintendo’s outlook. I won’t bore you with details about the game or why it is one of the Wii U’s must-have titles since there are several reviews to read up on. Rather, I’d like to go over 3 takeaways following the positive press “Mario Kart 8” has attained.

As any online marketing company can tell you, hardware itself does not matter. Yes, the specs may be more than up to snuff and the devices may be unique enough for them to warrant attention. However, if there is not enough software attached to them, the aforementioned hardware will ultimately be worthless. Fortunately, titles like “Mario Kart 8” seem to affirm the idea that Nintendo is very much a software company. This isn’t the only well-received title on Nintendo’s platform, either. To me, it’s just a matter of the console picking up steam. Once it has done so, potential Wii U owners will see the litany of titles offered by not only Nintendo but other companies as well.

Even though Nintendo is often looked down upon for not pushing the envelope as much as other companies might, I’d argue that said envelope is pushed when it matters most. For example, “Mario Kart 8” is the first game in this long-running series that is done in full HD. Nintendo’s latest console is far more powerful than its predecessors and “Mario Kart 8” is one of those titles that shows how the company has progressed in terms of technology. Items like the Super Horn answer the concerns of Mario Kart fans who may believe that game is a bit too challenging at one points. Additions like this help to make the overall experience fairer and, as a result, heighten the success that “Mario Kart 8” and Nintendo alike have enjoyed as of late.

When you think about the most popular Nintendo brands, which names come to mind? Even though “Super Mario”, “The Legend of Zelda” and “Pokemon” have sold tremendously overall, room near the top should be saved for the “Mario Kart” series. Ever since the original incarnation known as “Super Mario Kart” for the Super Nintendo – with a little over 8.5 million units sold – the series has been nothing short of a moneymaker for the company. It’s been said, though, that “Mario Kart 8” stands the chance of selling the least in the entire series due to the lower install base tied to the Wii U. However, given the fact that there’s been a reported spike in Wii U sales after the game’s release, the final numbers may still be quite good.