It’d be easy enough to give Nintendo grief for their supposed lack of creativity when it comes to naming their products. However, despite any potential ire that could be drawn from this, one cannot argue that Nintendo knows how to make news in the gaming world. If you are looking for evidence of this claim, look no further than what has been officially named the “New Nintendo 3DS.” 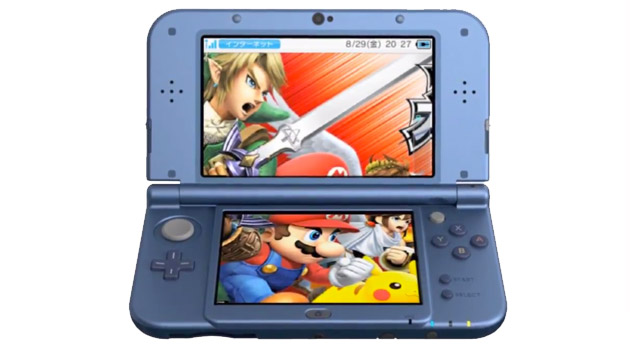 When I first heard about Nintendo creating an entirely new 3DS model, I wasn’t too sure how to feel. I wanted to allow myself enough time to let this news sink in before I allowed myself the opportunity to talk about it in detail. For those who are curious as to what exactly the New Nintendo 3DS entails, I’d like to go over some of the details which separate it from the previous models in the 3DS family.

Perhaps the most striking contrast, when it comes to the New Nintendo 3DS, is the implementation of the C-Stick. For those who aren’t in the know, the C-Stick is a circular nub of sorts, which will be installed on the upper right of the handheld for added functionality. There is also the extra set of shoulder buttons, which adds credence to the idea that there will, one day, be a slew of New Nintendo 3DS-only games once the console is released. These hardware additions are the ones which stand out the most and understandably so.

One cannot argue with the appeal associated with the New Nintendo 3DS, not only because of its unique hardware but the fact that this is, for all intents and purposes, an all-new system. I do not see any faults with the system’s layout, since it is largely the same as the portables before it. One could argue that the placement of the C-Stick may cause discomfort but considering that this system will not be released in Japan until October, there’s no way to make this claim with one-hundred percent accuracy.

What concerns me, though, is the thought of Nintendo alienating its audience. Keep in mind that the 3DS has been the recipient of a tremendous upswing as of late, to the point where it has become the best-selling video game system of this generation. When you think about how many people own 3DS systems already, would the idea of releasing a new 3DS model, potentially to dethrone the current model, cause fans to cry foul? While many Nintendo fans were supportive of the idea, it’s a thought that leaves me uneasy for the handheld’s future.

Only if enough substantial New Nintendo 3DS software is released will I be able to view this system as worthwhile. A port of “Xenoblade Chronicles” – an original Wii release – is set to come out for only the New Nintendo 3DS but that will not be enough. Fortunately, given Nintendo’s track record, there shouldn’t be any lack of support for the system.

As stated earlier, the New Nintendo 3DS is set to release in October across Japan before an international release is seen in 2015. Will you be one of the first to pick it up?